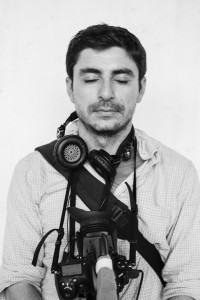 Walter Astrada was born in 1974 in Buenos Aires, Argentina.  He started his career as a staff photographer at the local, La Nacion newspaper. After a formative trip through South America, he joined the Associated Press in Bolivia and later in Argentina, Paraguay and then the Dominican Republic.

From March 2005 until March 2006 Walter worked as a freelancer for Agence France Presse in the Dominican Republic and was represented and distributed by World Picture News.

However, in March 2006 he moved to Spain from where he is working as a freelancer.  During 2008 and 2009 he covered Eastern Africa out of Uganda.

Currently he continues working on a long-term project about violence against women and in the Under Pressure Project, living with Multiple Sclerosis in Europe, and working as freelancer based in Barcelona, Spain.

He gives lectures and workshops based on his long term projects as a professional photographer and documentary video maker and he is member of the training team of the World Press Photo.